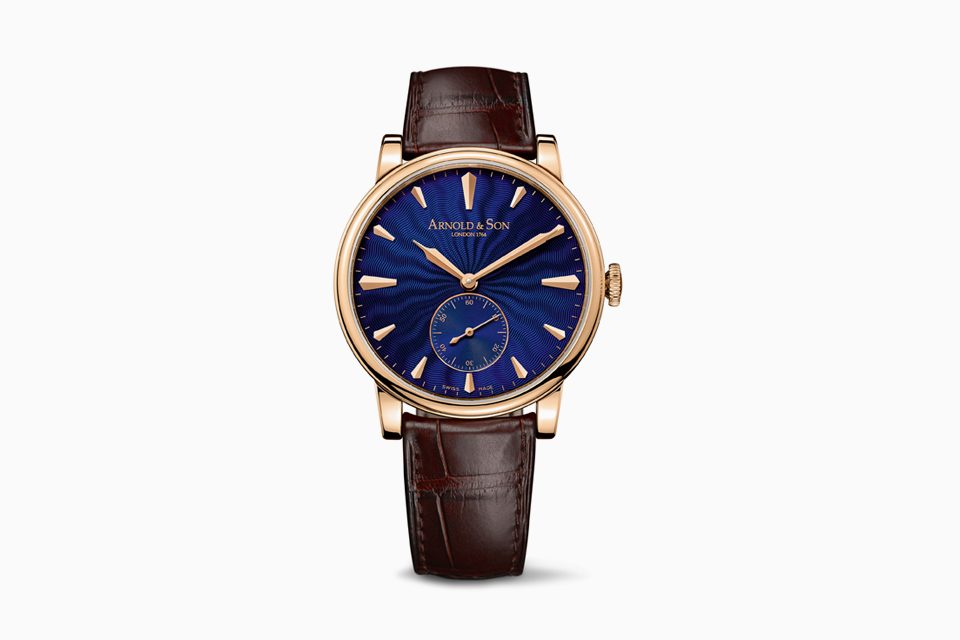 Inspired by the timepieces made during the earlier part of John Arnold’s life for King George III and the royal court, the latest addition to the Arnold & Son Royal Collection is an eloquent expression of elegance and sophistication in the inimitable English style and demonstrates the brand’s traditional prowess in the classical decorative arts.

The HMS1 Royal Blue from Arnold & Son is an object of beauty and a worthy new member of the Royal Collection. Our designers and watchmakers took much of their inspiration for the new timepiece from a gold- and enamel-cased half-quarter repeating watch made by John Arnold in 1775, at a time when he had already established his reputation as an outstanding watchmaker with two miniature watches made for King George III. The outer case reflects the changeover from rococo to more classical design taking place at the time and was made by Mary Reasey, whose mark “MR” was registered at Goldsmith’s Hall in 1773 and appears on the case.

The workmanship and ornamentation of this historical timepiece by John Arnold is echoed on the dial of the HMS1 Royal Blue. Finished with intricateguillochépattern overlaid by sumptuous, translucent deep blue lacquer, it creates a spectacular illusion of depth that contrasts with and is underscored by the ultra-slim case in elegant rose gold.

The A&S1001 calibre, with its gorgeousCôtes de Genève rayonnantesdecoration was an inspired choice and takes up the iridescent play of light that creates depth and dynamism in the dial. The movement is made of rhodium-treated nickel silver withhaute horlogeriefinishing. Apart from the Geneva stripes, this includes hand-chamfered bridges with exquisitely polished edges, fine circular graining and blued screws.

The HMS1 Royal Blue is also available in an 18-carat rose gold model featuring a bezel exquisitely set with 80 diamonds.